Frankie Knuckles, ‘Godfather of House Music’, passed away on March 31st, 2014.  Remembering back in the day as a DJ in the late 80’s – going to JR’s Music World in Evergreen Park on a Saturday morning, buying that 12” slab of vinyl called ‘Your Love’ and then playing it later that evening at some house party.  The smiles it brought to everyone’s faces…music has a way of doing that.

And now, after reading the obits and learning that Mr. Knuckles was the premier DJ at a club called the Warehouse at 206 S. Jefferson, right next door to our office, I swear – late at night, like a shortwave radio fading in and out – you can hear the throbbing beats coming from his Roland 808. 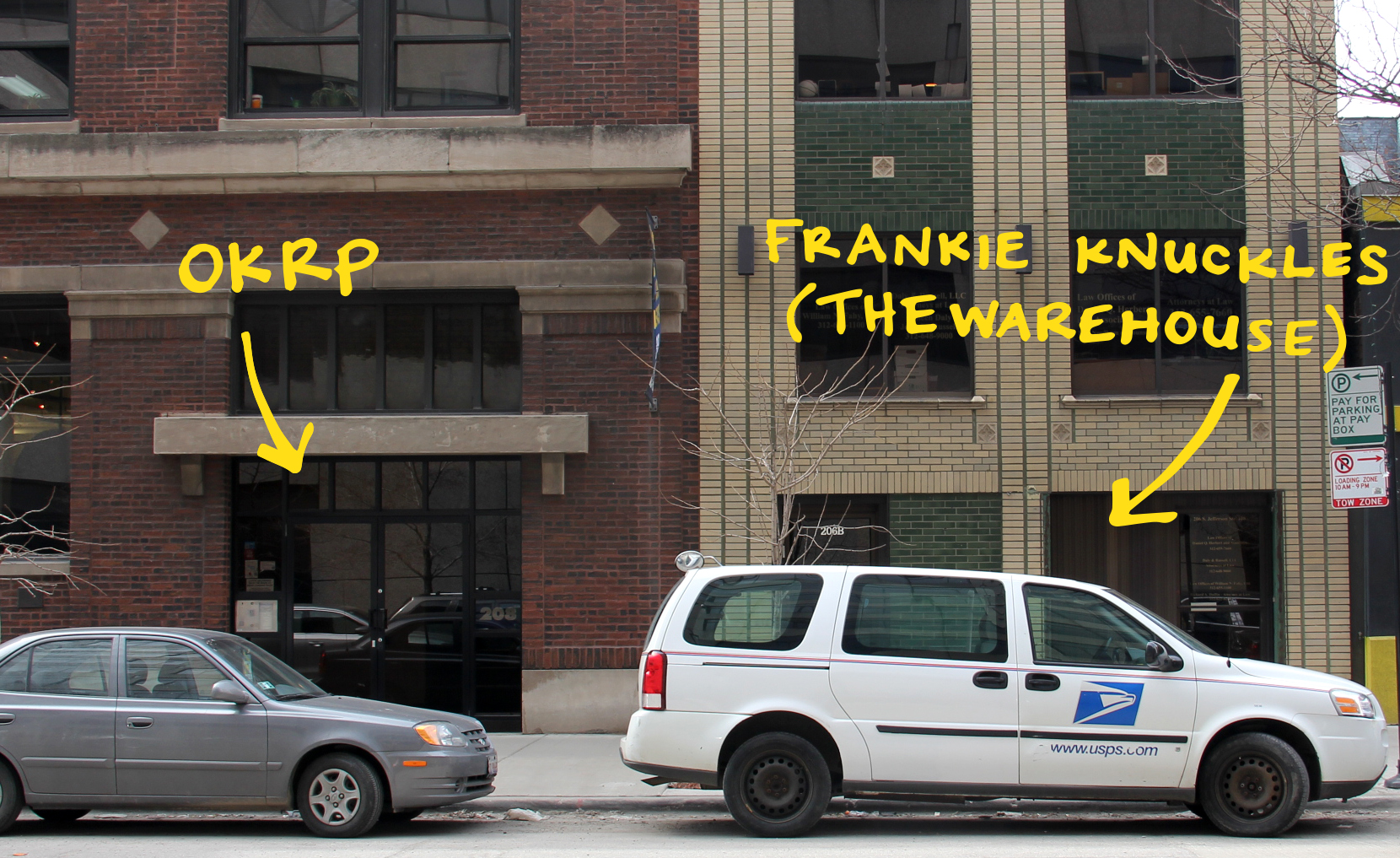